One person says “Mendoza, Argentina,” and all people immediately think of wine. After spending a week in this beautiful city, I concluded that there is good reason for this. It is, after all, where I fell in love with Malbec.

This small city of about 115k people, should not be missed while venturing around the Southern regions of South America. With hundreds of wineries (and counting), Mendoza has been named one of the nine “Great Capitals of Wine” in the world. The Greater Mendoza region is the largest wine-producing area in Latin America. And wine tourism is booming!

Located on the picturesque foothills of the Andes, along the border of Argentina and Chile, the region experiences an arid climate year-round with little rainfall. Upon entering the city, one will notice the thorough irrigation infrastructure alongside the roads. Precipitation is vital to keeping the wine industry alive, as well as overall economic activity, throughout the region. So collecting every bit of water helps. The numerous trees along these irrigation canals also make for nice visual pleasure, as the city is surrounded by dry desert. Just be careful while walking around! Several times, I took a slip into the stone irrigation ditches while taking my focus off the street! At just under 2 hours via flight from Buenos Aires, this makes for a great getaway or short-trip. There are a good number of things to see and do while checking out the city. As there are a seemingly endless number of wineries, your visit could, technically, be extended for months if you really wanted to check out every bodega. Beyond that, you would be a little limited in city activities if spending that much time. The area is also a common base for climbers heading up to Aconcagua (the highest mountain peak in the Western & Southern Hemispheres), as well as a popular base for skiers and hikers.

One thing I noticed upon entering the city and strolling the streets, was that the city was very clean. The streets and sidewalks are well-maintained and free of debris. This is a nice contrast to the populated and somewhat “dirtier” city life of Buenos Aires, in which I had been experiencing for the previous two months. As well, the usual small-town charm was more noticeable, with locals openly saying, “Hola! Buen- Dia!” as they walked past on the street. Also, the city is basically built up from within the middle of the desert. It seems to appear out of nowhere on the drive over from the airport. As I visited during the winter month of July, the temperature was a little chilly, and the crowds of tourists were limited in numbers throughout the area. The temperature hovered around the 60’sF (15-20C) during the days, and around the 50’sF (10-15C) at night. There are several modes of transportation in the city; Mainly, taxis and the trolleybuses. Both are sufficient and fairly cheap for getting around. However, as usual, I preferred to be on foot nearly everywhere I decided to go. The majority of my time was spent in the downtown area, working from cafes (WIFI is available nearly everywhere), exploring restaurants, and walking around town with other fellow travelers. At night, there is a decent bar scene, full of both locals and foreigners. Check out the streets, Aristides Villanueva and Ave Belgrano, for a fun nightlife scene. As well, many hostels provide scheduled vans out to the nearby areas for any visitors looking to check out the vibrant nightclub scene. Being somewhat accustomed to that type of atmosphere in Chicago, I decided to check one out with a few new friends. I was pretty impressed with the scene, but don’t remember much, as the night quickly turned into getting back to the hostel around 5am. Yea, it was one of those kind of nights.

I stayed at two hostels during my stay – Itaka Hostel, and Cuyum Mapu Hostel. Both were of good standards, and I had great overall experiences. Itaka is located in a great area, surrounded by bars and restaurants. A little noisy at times, though, as the place is usually packed with backpackers lingering around late into the night. Cuyum Mapu is located in a calmer neighborhood, on a quiet street. You have to walk about 10 minutes each way in order to get to some action, but you don’t have to deal with the noise all night long. The owner is an awesome German guy, who was extremely hospitable, friendly, and knowledgeable about everything in the area. Both places served breakfast, and had the usual accommodations one would expect.

If I were to give two “Must-do” activities while here, they would be:

1. Take a winery tour (or 2, 3, or 4) as well as a possible Olive farm tour
2. Take a horseback riding tour along the Andes, complete with a full ‘asado’ BBQ

As with the majority of winery tours, they consist of pretty much the same thing; A walk around the vineyard, explanation of the process, and a walk inside the winery to see the machines/barrels. As I went during the dead of winter, the scenery was nothing too colorful or special, but the final products were fantastic for drinking! Both the wine and olive tours in which I checked out were engaging and interesting. Be sure to book a day-long tour with either your hotel or hostel, or, do as I did, and contact Trout and Wine Tours. They will pick you up from your hotel/hostel, and provide your transportation for the day. All you have to do is be ready and on schedule when they arrive. My favorite activity of this trip was, definitely, deciding last minute to take a horseback riding tour along the Andes Mountains. I booked my tour with “Gaucho Experience” for a full afternoon of riding on horseback. The scenery was beautiful. Prairie grass, desert, cacti, and the mountains in the background, all made for a simply breathtaking experience. The tour is full of incredibly spectacular views. Also, I had never ridden a horse before. But by the end of the tour, the entire group was given permission to get our horses galloping. If you’re not too keen of horses, you may just want to sit tight and watch. If you’re somewhat of an adrenaline junkie like myself, do not pass up this opportunity! It’s quite a rush. It’s a great way to end the riding tour and make your way over to the table, where the tour concludes with a full ‘asado’ complete with breads, salads, potatoes, and beef steaks. Best of all, a favorite phrase was included with the meal; “All you can drink red wine.”

Let’s just say I had my fair share by the end of the tour. Mendoza put a smile on my face with every glass. 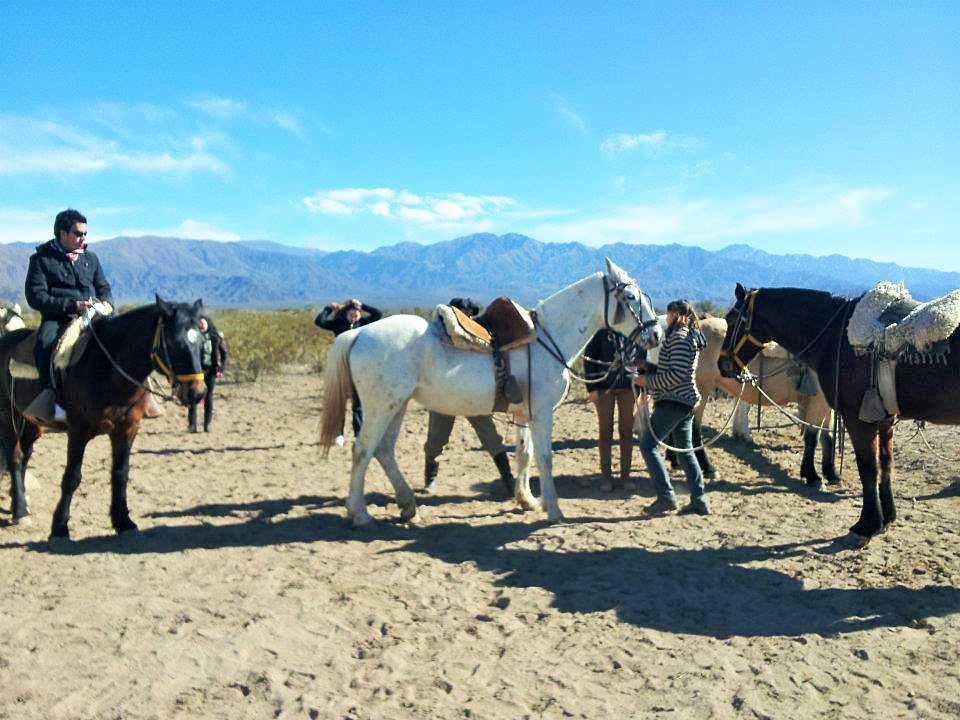 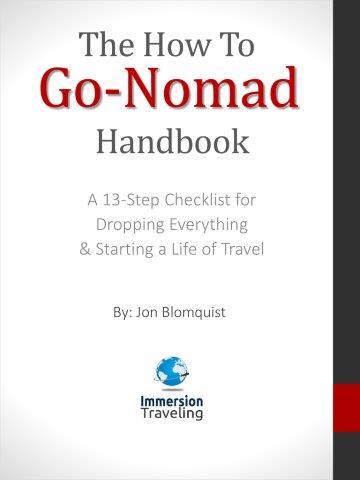 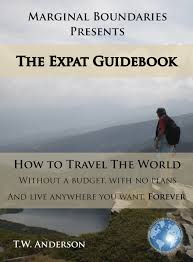 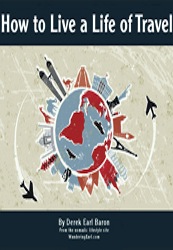 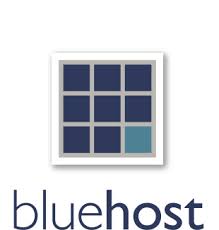